Today, we reproduce here a joint statement by the organisers of the Ferguson Solidarity Tour. Full signatories are here.

The excesses of policing have come under more scrutiny since the killing of Michael Brown in Ferguson and we feel that today, International Day Against Police Brutality, is an important time to speak out against the injustices of policing.

The advising charity Inquest has recorded 1507 “deaths following contact with police” in England and Wales since 1990. Each time someone dies after contact with the police the grief and mourning of their family and friends is put on hold indefinitely. Instead they are forced to become campaigners seeking justice for their loved ones and themselves.

What these family campaigners want more than anything else is the truth about what happened to those killed. Many would agree that police should not investigate the circumstances of the killing themselves, yet the Independent Police Complaints Commission is populated by a significant number of ex-police officers; a clear conflict of interest.

For a reliable account of the circumstances surrounding a death the coronial inquest system is often relied upon, yet there is no guarantee that families who have suffered a loss will receive the legal aid often necessary to hire a barrister that represents their interests in these proceedings. In the majority of cases unlawful killing verdicts returned by juries have not lead to prosecutions against police.

We demand that the families of all those who die at the hands of the state automatically be afforded legal aid to help in their pursuit of the truth. Where inquests find an unlawful killing a CPS prosecution should follow as a matter of course.

Police brutality is by no means restricted to those instances where people die in custody. Stop and search monitors StopWatch place Black people in London as almost three times more likely to be subject to stop and search. A recent HMIC report has found that African-Caribbean people are also disproportionately subjected to strip searches, accounting for 17% of the total. With such drastic disparity and discrimination this amounts to a routine and violent incursion into many people’s everyday lives.

There is also a direct continuum between this kind of everyday police brutality and the deaths that have received more attention of late. The death of Habib Paps Ullah, who died during the course of a stop and search, highlights the potentially lethal results.

There are still worrying numbers of people pursuing justice from the state due to police brutality of many forms. Today is a day for remembering and protesting these brutalities. 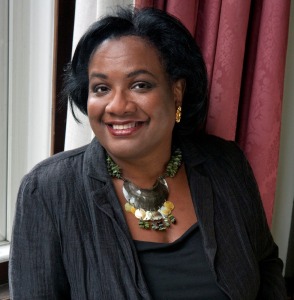 The London Campaign against Police & State Violence are teaming up with the Stop & Search charity, StopWatch, to host a panel discussion on Stop & Search with MPs and ordinary Londoners affected by Stop & Search.

This meeting will be hosted by Diane Abbott MP and is open to anyone and everyone interested or affected by the use of Stop & Search in London, to attend you must register by Monday 16th March here.

Below is a video of a previous event organised by StopWatch which debated if Stop & Search does more harm than good: