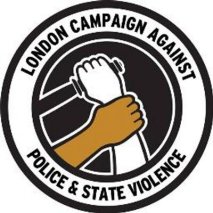 DO YOU HAVE A COMPLAINT TO MAKE ABOUT THE POLICE?

Lots of people in London have had bad experiences with the police. Last year nearly seven thousand complaints were made. Many more don’t complain because they don’t know how to go about it, or feel that it won’t amount to anything. That’s not good enough. That’s why we’ve set up the police complaints clinic, a service to guide local people through the police complaints process, and make sure that their voice is heard, leading to real change. Making a complaint can be frustrating and difficult, but it gets a lot easier with the support of our expert volunteers.

YOU DON’T HAVE TO FACE IT ALONE!

The police complaints clinic has been set up by the London Campaign Against Police and State Violence, and Stop-Watch. We think the police should be held to account when they mistreat and abuse people. Making a complaint about their behaviour when they step out of line is part of this. We can’t take care of your complaint for you, but between us our volunteers have lots of experience of handling police complaints, so we can guide you through making a complaint step by step. We’ll be with you all the way.

The service is completely free!